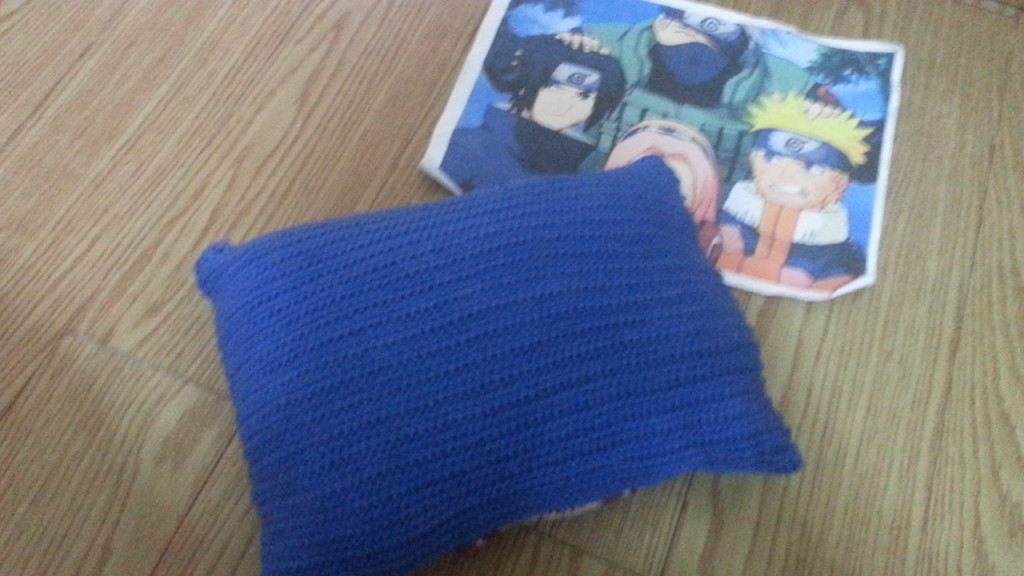 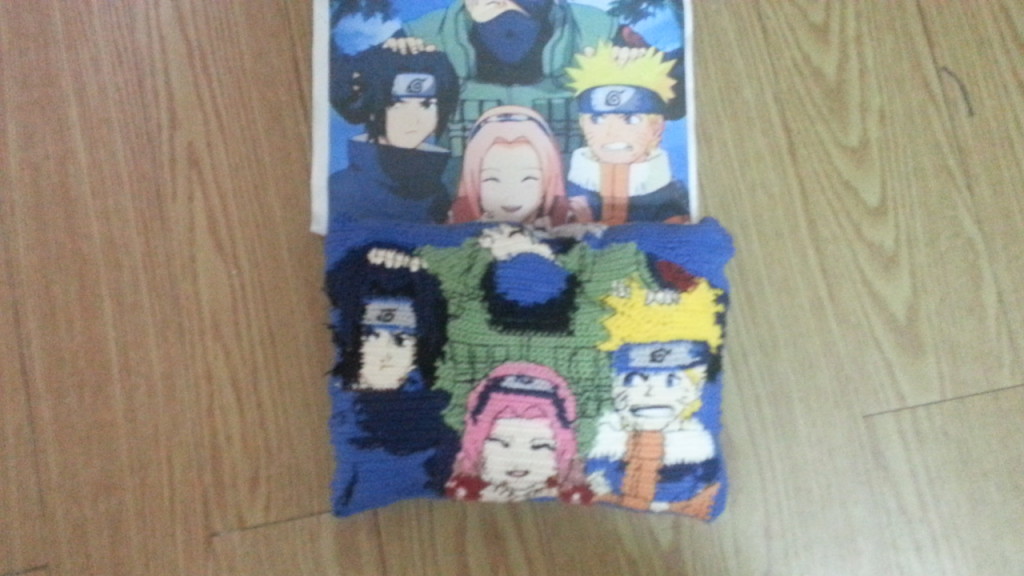 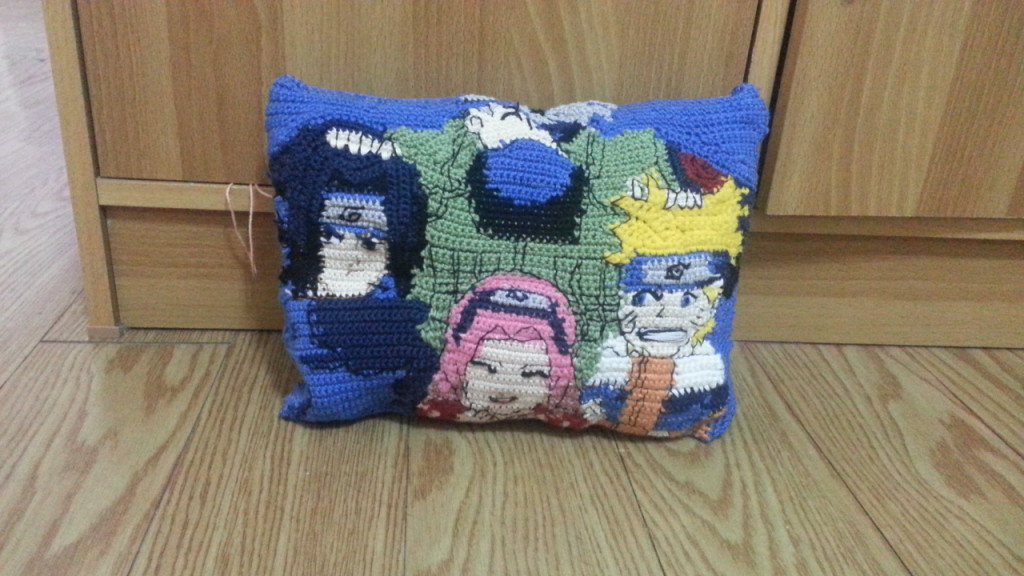 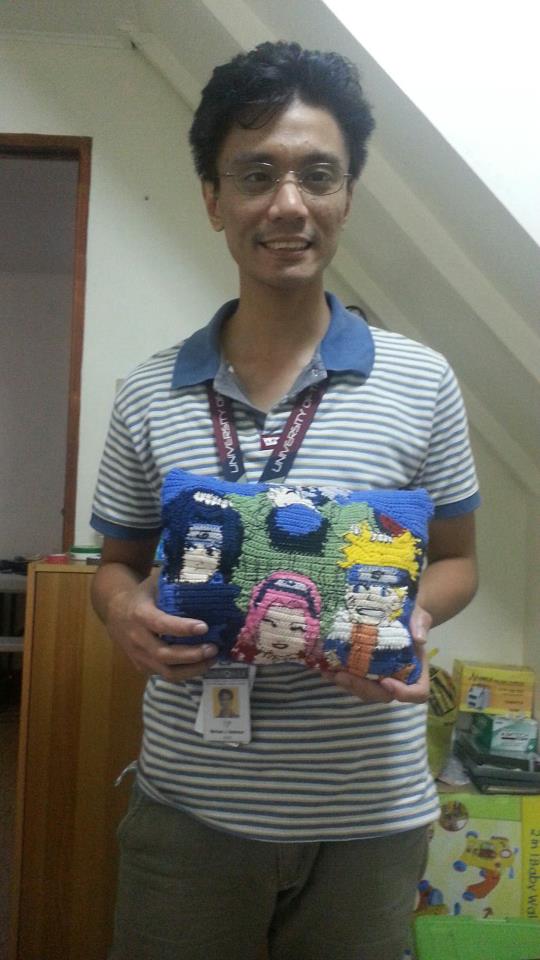 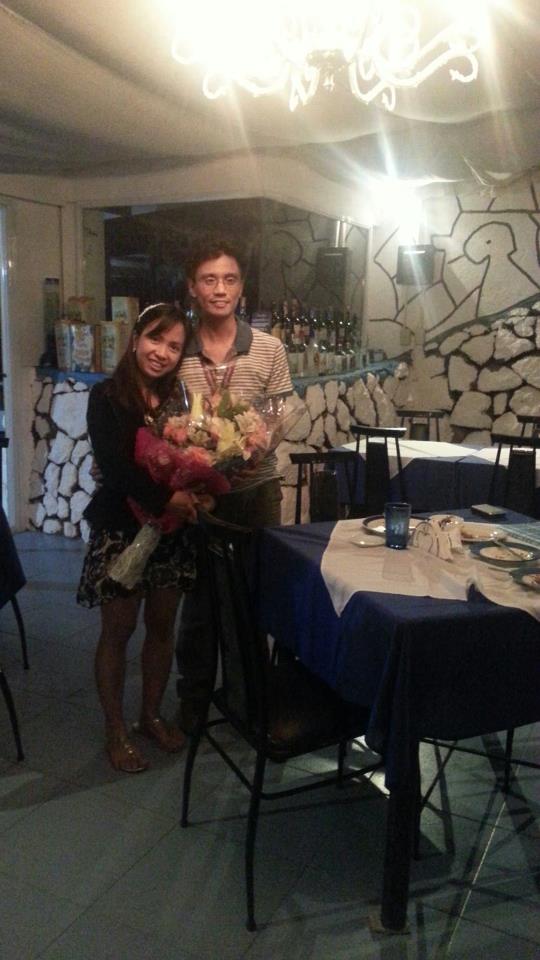 I always love Naruto, and I love drinking coffee.
Don’t you think they go well together? 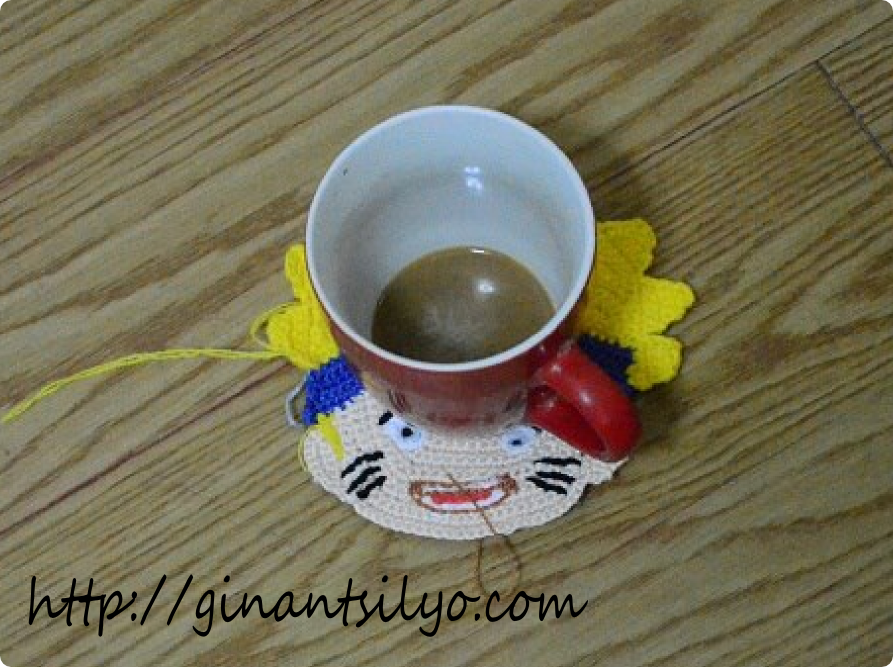 I have been spending sometime last week looking at this picture:

Trying to comprehend how can i turn my stitches so that it will form Naruto’s lively face. Initially I started by rows. That did not work out. The edges are ugly and ragged. Then I started in cricles which proved more difficult to shape. Come weekend, I retired the project but still the idea keep haunting me that I worked on it again and finally found the trick. Half circles!

So when I am done shaping the face, the rest of the head was easier to make. The details of the face were slip stitched into the sc mesh, with a bit difficulty. I was not even sure if the slip stitches would work out since I usually do embroidery with a needle but it’s a first to do it with a crochet hook.

The effort really paid off, because when my husband came home yesterday and saw the coaster, he was very delighted and wanted to take it with him to work.

My husband with the mug coaster

Here is the crocheted mug coaster: 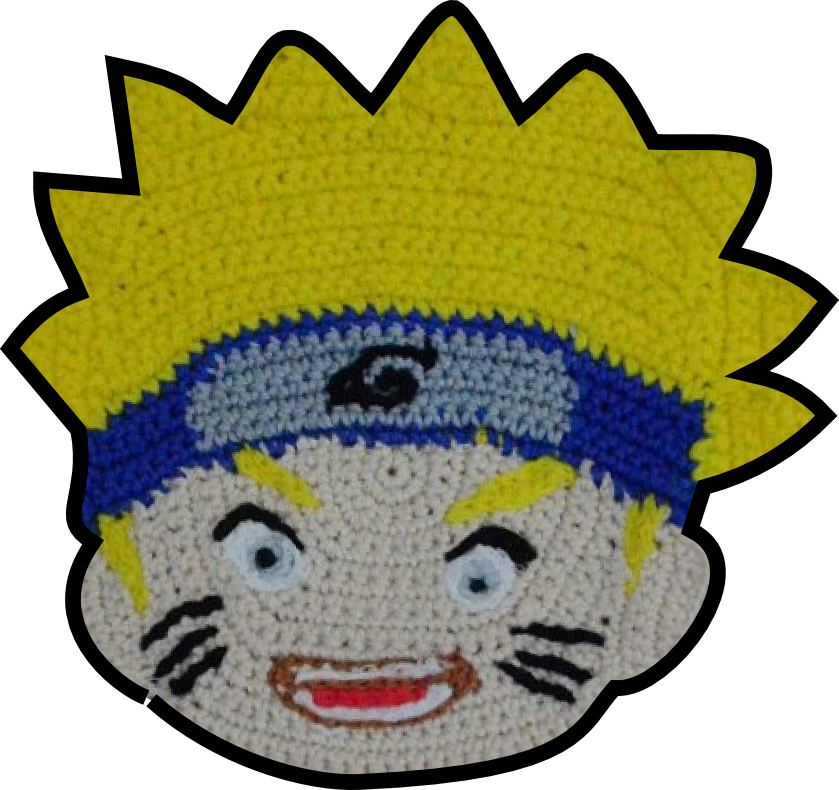