Last month was my birth month. Though we did not celebrate it because of the continuous rainfall in the Philippines, my husband agreed to take me on a “me and just me” date last August 26, amidst the call for a #millionpeoplesmarch against pork barrel issue. That “me and just me” date was stupenduous to describe it at the very least. I had several things I wanted that was given to me without second thoughts. It has never been my thing to ask for the things I want. I usually work hard to be able to get what I want and it is rather comforting to have a partner who recognizes my wants and provides them.

So one of those wants was my (not-so-secret) yearning to be able to do a bit of fashion design. It is a (not-so-secret) dream I had since I was young, when my concept of that is to become a sewer. I had several attempts in the past and I had also worn a number of my own creations. I can only force them on me for a number of reasons: (1) They take a bit too much effort to finish a piece of clothing (2) I do not reckon that a number of people share my own fashion sense and if ever someone wants the same piece, it would be too much effort to recreate another one and I would be too clingy to my work to even let it go. 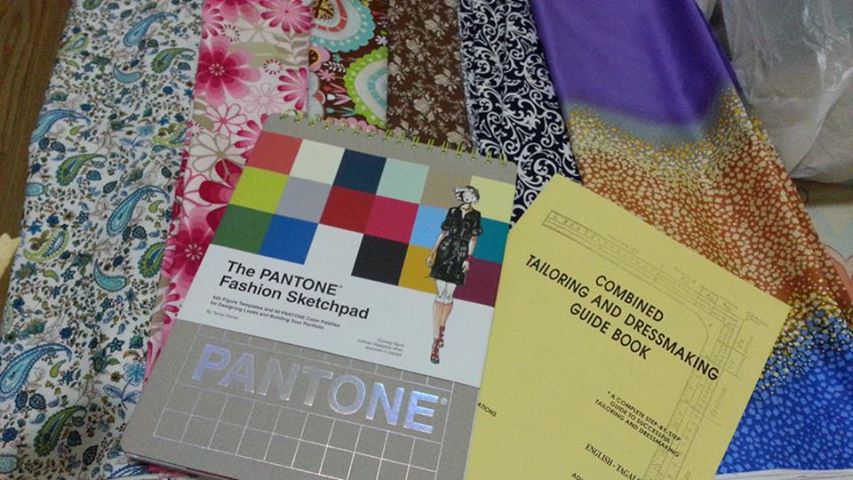 (1) A book on “Combined Tailoring and Dressmaking Guide Book”. This book was too ambitious for me because I can never cut a straight line (as well draw a straight one too :D). So with all the instructions on how to properly create a pattern and the measurements to take to create one, I took the big leap of faith that I would probably muster enough patience (after pregnancy, mind you) to actually study this by heart and finally acquire the skill of becoming a decent pattern maker.

(3) The Pantone, Fashion Sketchpad. THE SKETCHPAD. THE ULTIMATE SKETCHPAD for me to answer my ambitious need to actually create a dress design.

You see this sketchpad has pre-drawn “croquis”. (It rhymes with “hokey). Which is the figure of a slender human that would later on be dressed by fab designs. It is this figure that I can never ever draw myself because I had always been more of a cartoonist than a “croqui-ist”. So my human figures always looked like anime with big boobs or a straight chubby figure.

Since then I had been actively sketching designs and this had been my de-stresser for the past weeks: 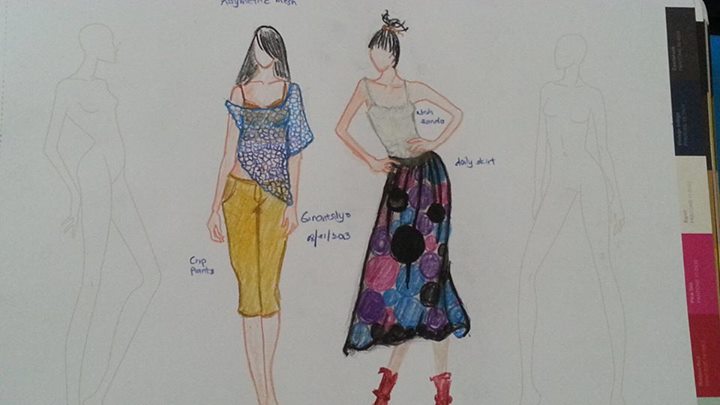 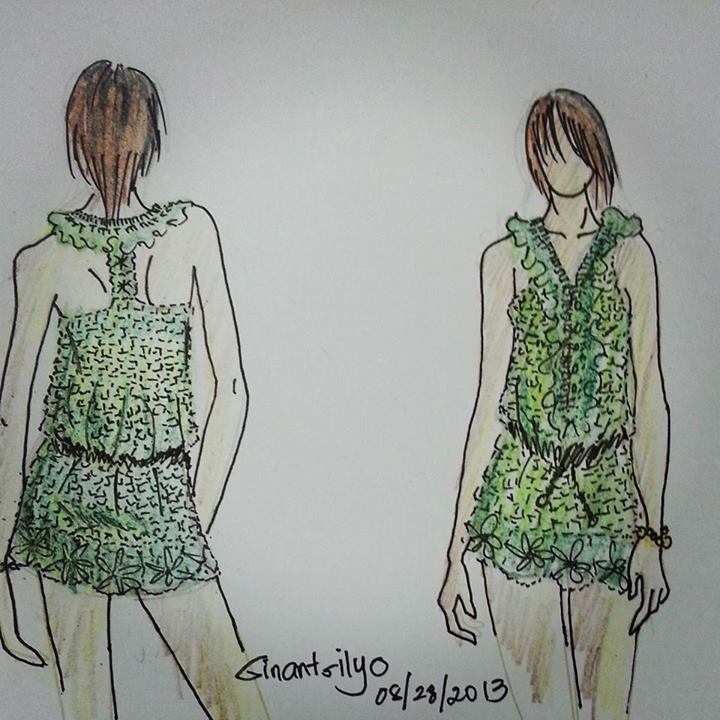 Design focus: Ruffled Collar. The dress would be done in alternating motif and dc mesh

with a drawstring to form the waist 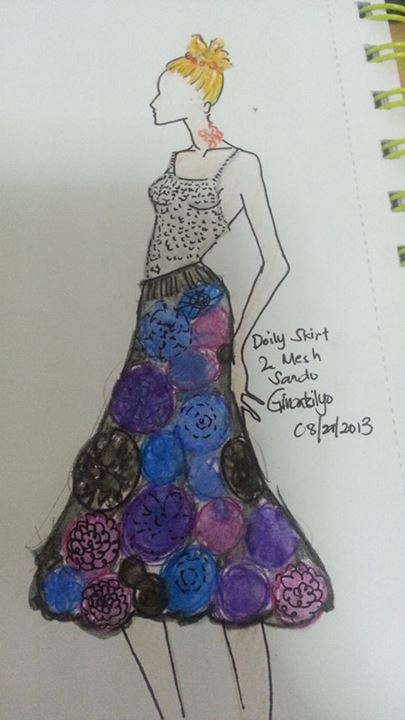 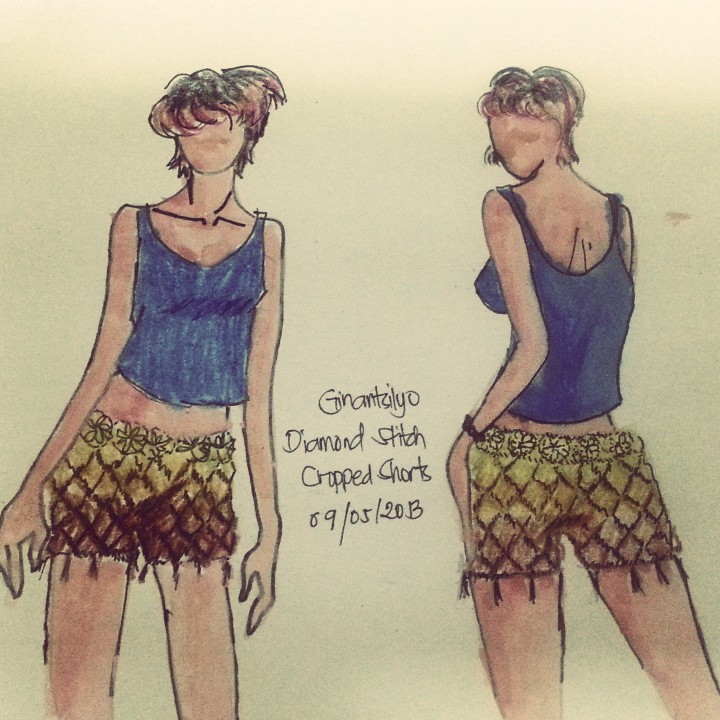 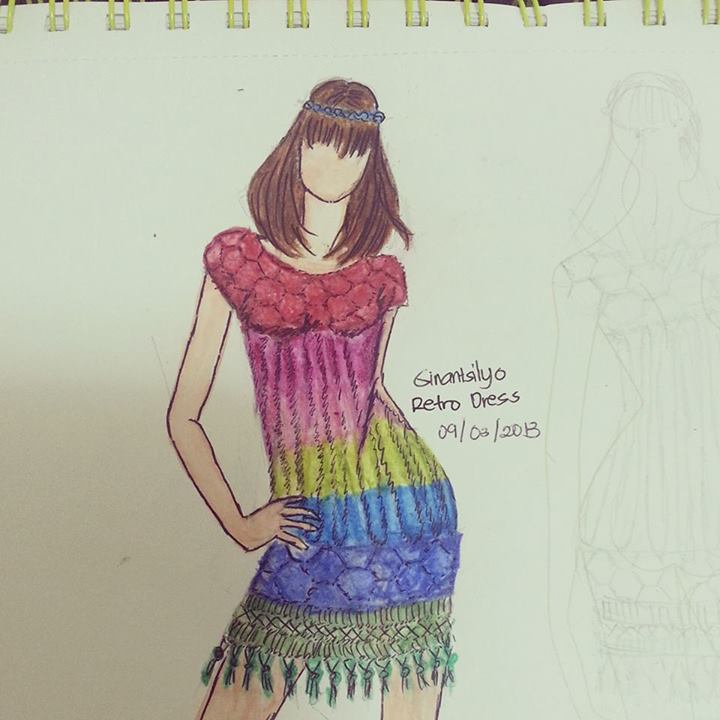 Hexagonal Motifs + Bruge’s lace. An attempt to create a colorful dress with a number of color switching created continuously. I have attempts to create the bodice of the dress but it takes too much effort so the dress has been set aside.

And the first design I was able to procure is finally taking shape now: 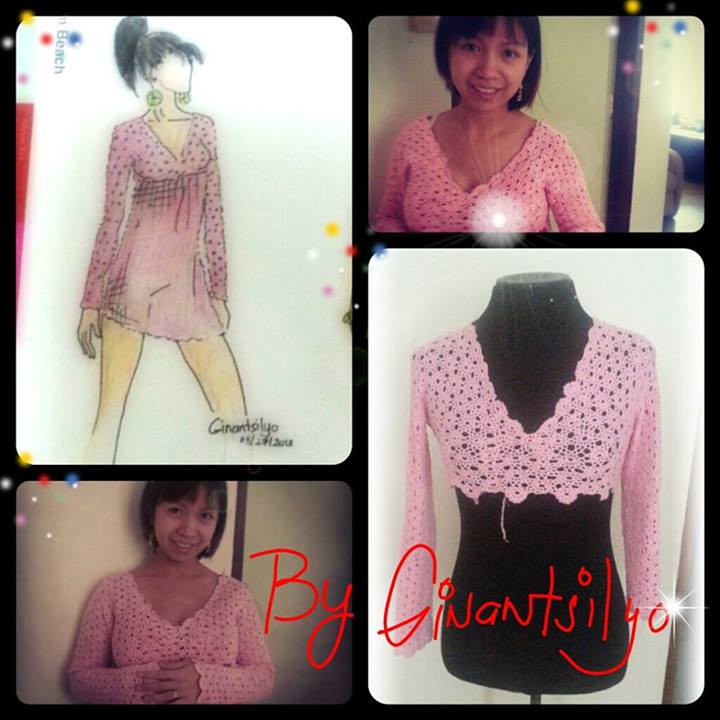 The trickiest part for creating a design is the execution. But the design always gives you something to look forward to. Like a goal. It gives me direction on what to do next and keeps me focused on what I want to do.